We have finished the infantry now for the Sassanid Range. These last 2 packs are for the dismounted Clibanarius or better equipped infantry. The SASS39 pack has 4 figures armoured in mail with a long coat over it. They are thrusting overarm from behind standing Pavais. The photos don’t show how they will look ranked up on a base as we mounted the pavais on a separate base. The command pack has an office holding his drawn sword and the standard bearer with the draco. This standard bearer could also be holding a spear and if asked we can produce enough of them to sell as a pack of 4 or a mixed pack of 2 wit 2 thrusting spearmen, just a thought. Next up will be the heads which hopefully Adam can get sorted for next week, then it ois the Samnite cavalry. 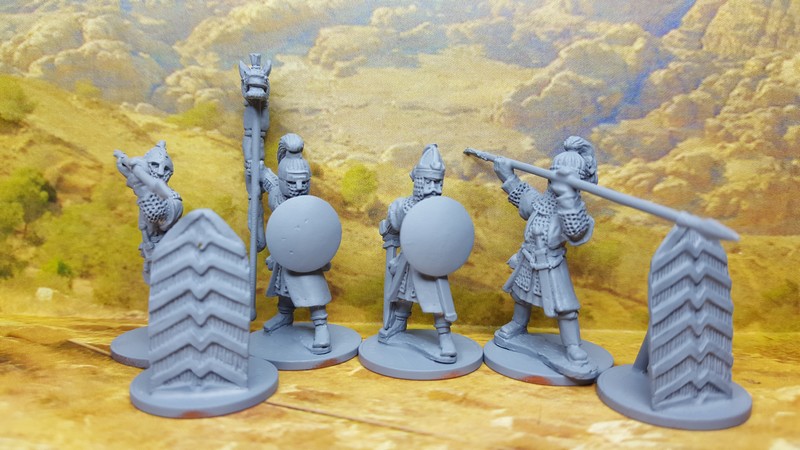 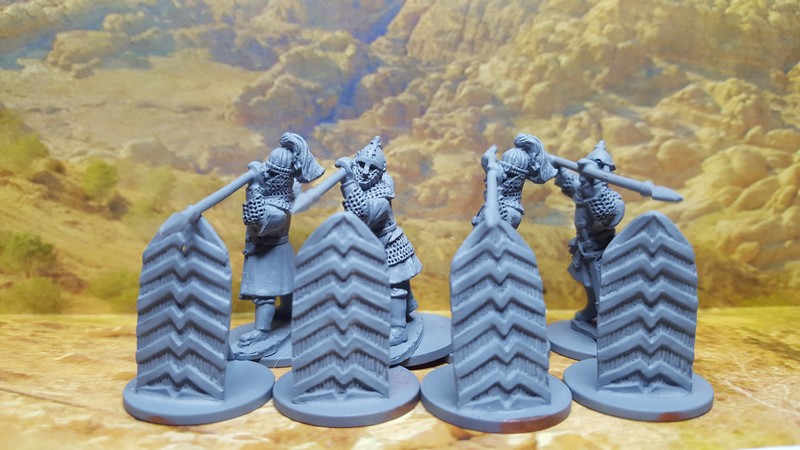 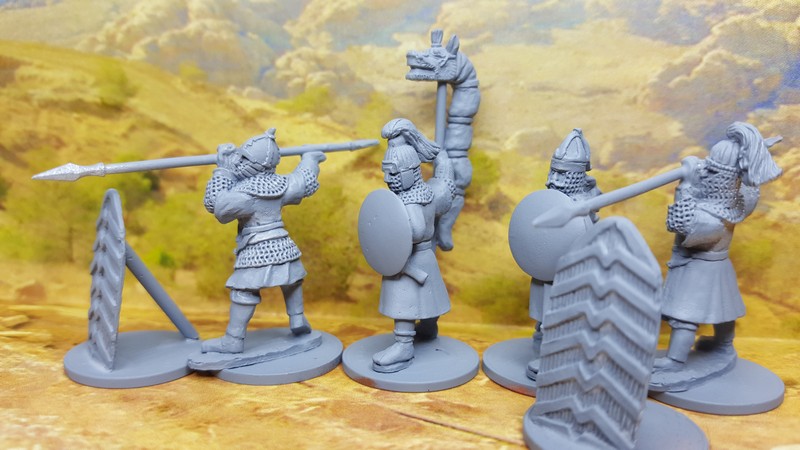 One thought on “Sassanid armoured infantry with command”