We have finished the Thracian Unit. They have been equipped in the style of the troops used in so many Hellenistic period armies. The THR03 pack has 2 figures with the Rhomphaia and the lower arm separate and the THR01 officer has a sword and arm also separate, the rest of the rhomphaia are cast on the figures. The figures armed with a spear have a shield with the rhomphaia on the rear. 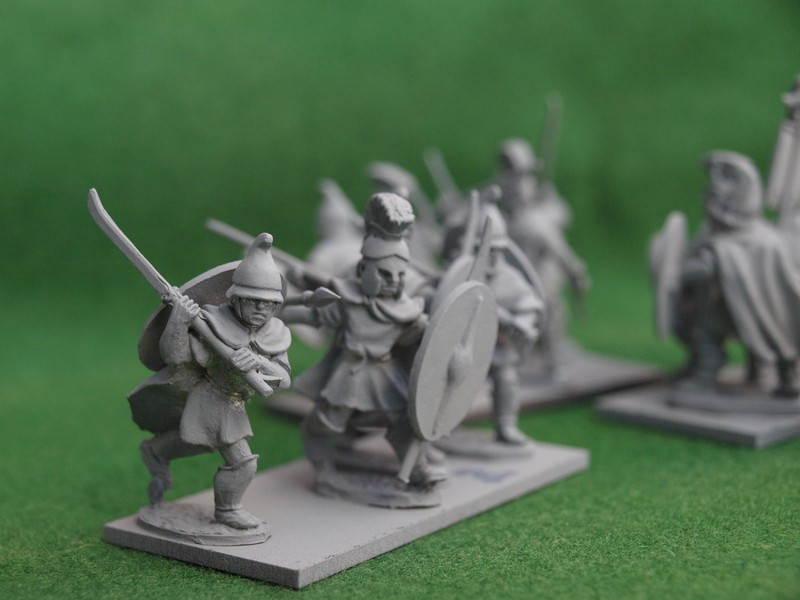 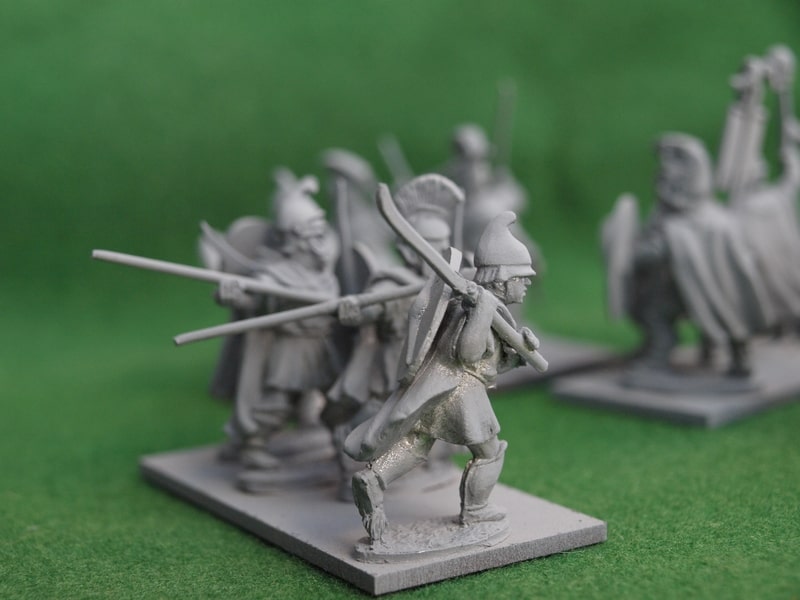 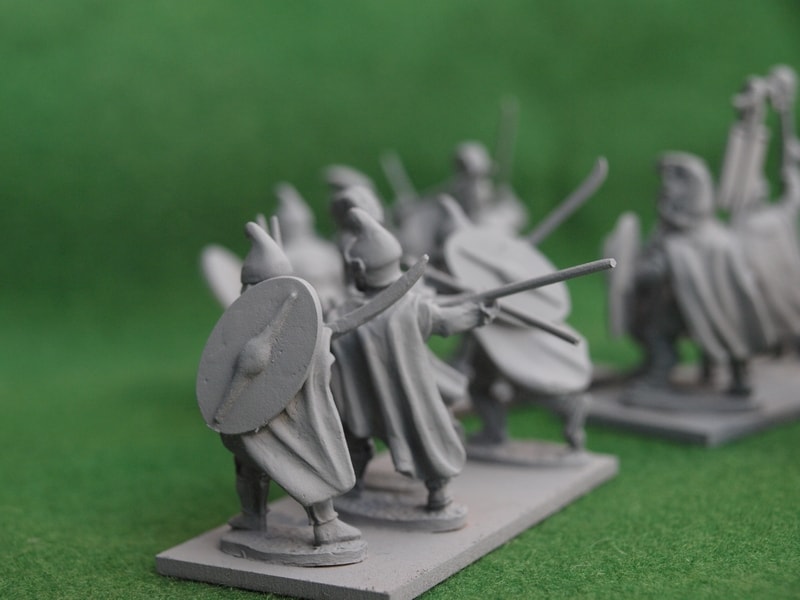 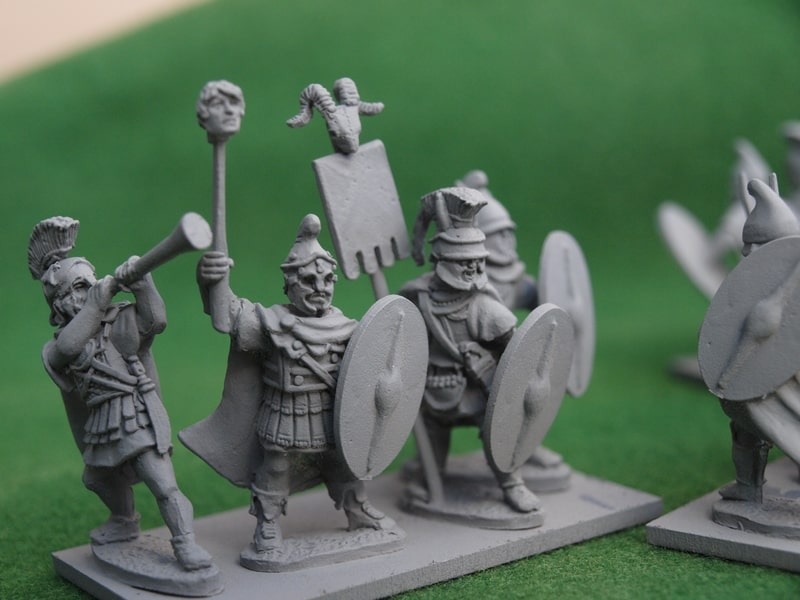 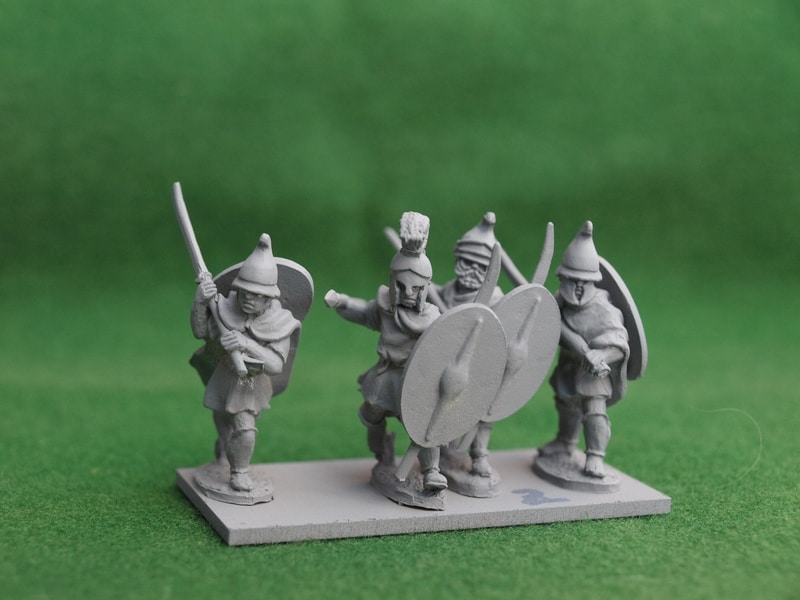 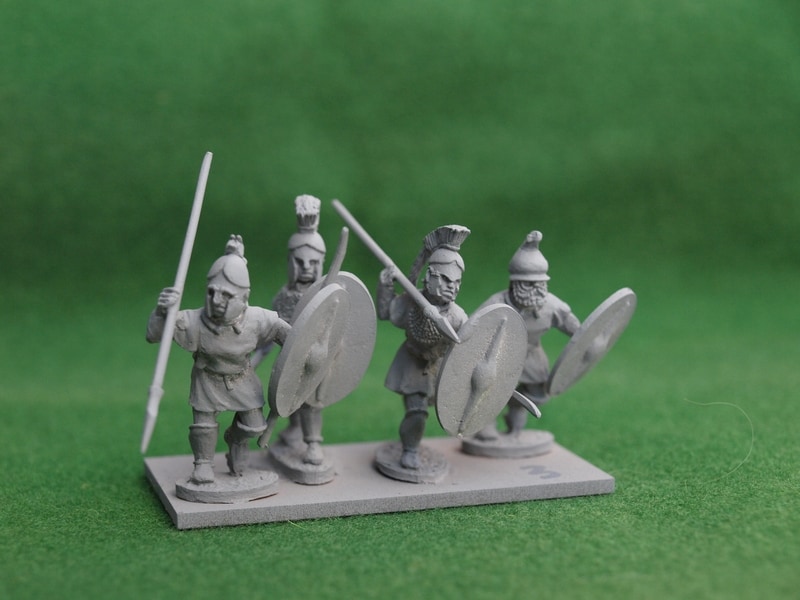 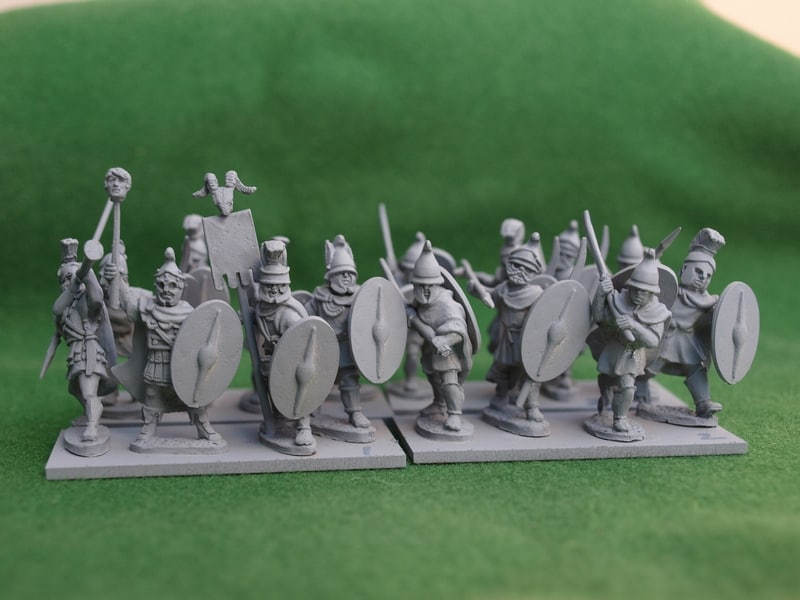 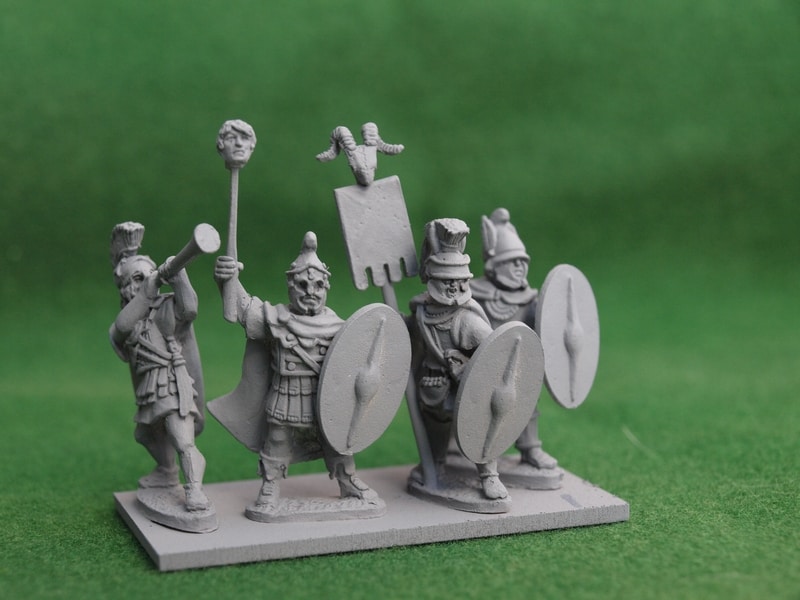 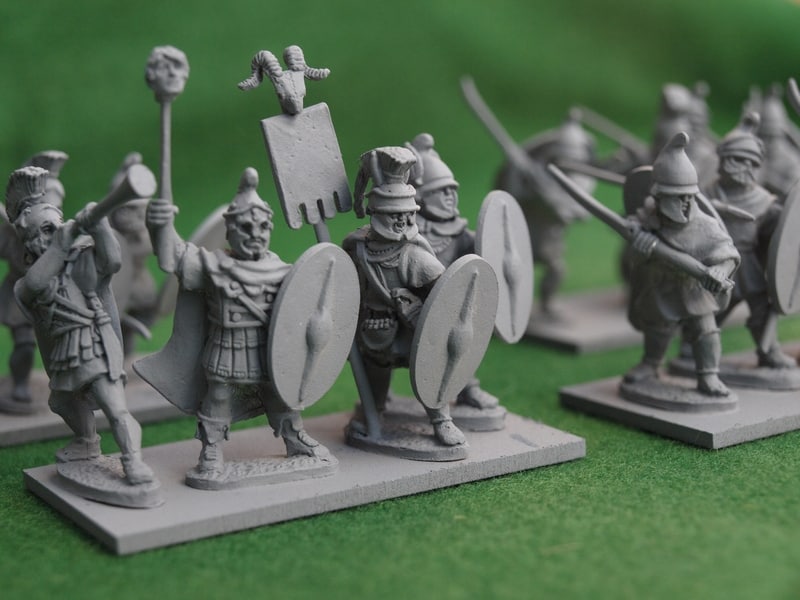 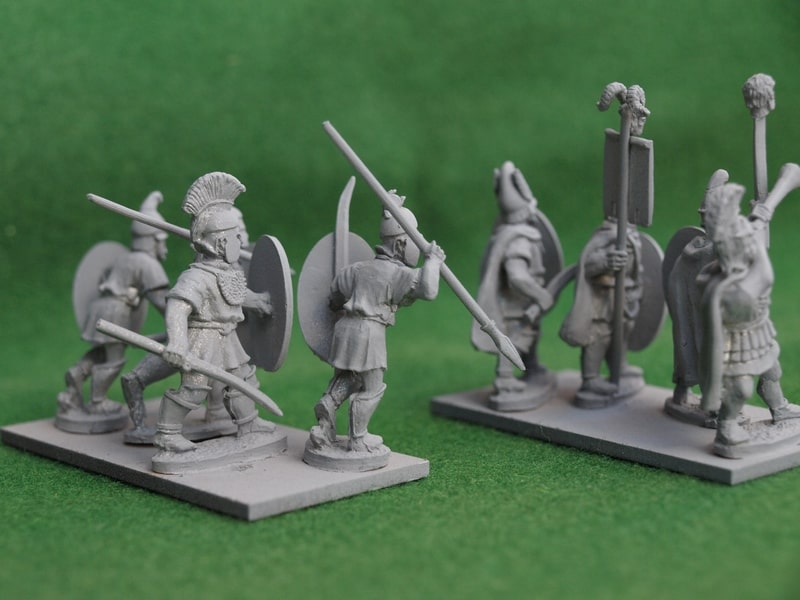 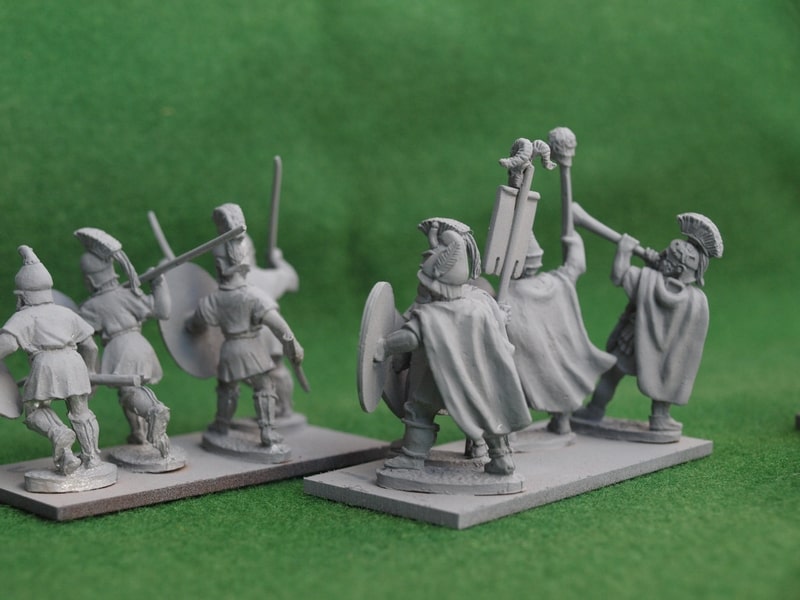 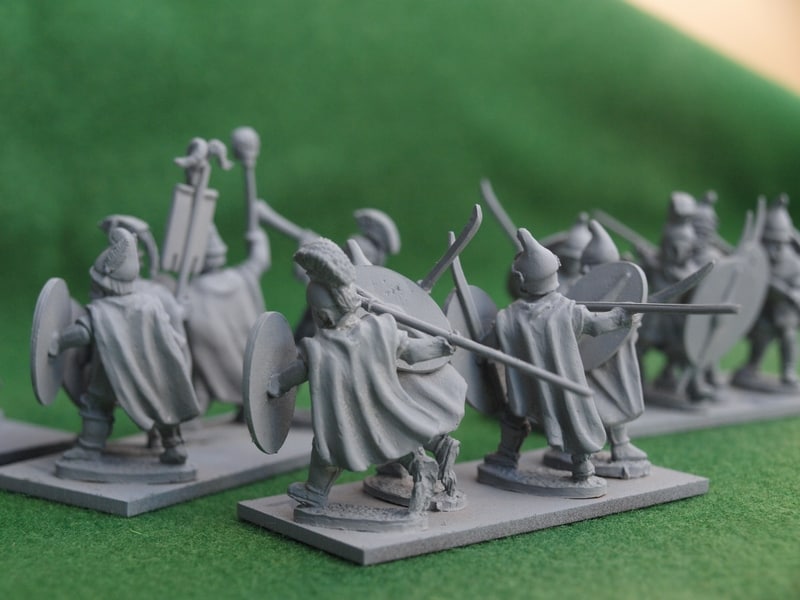 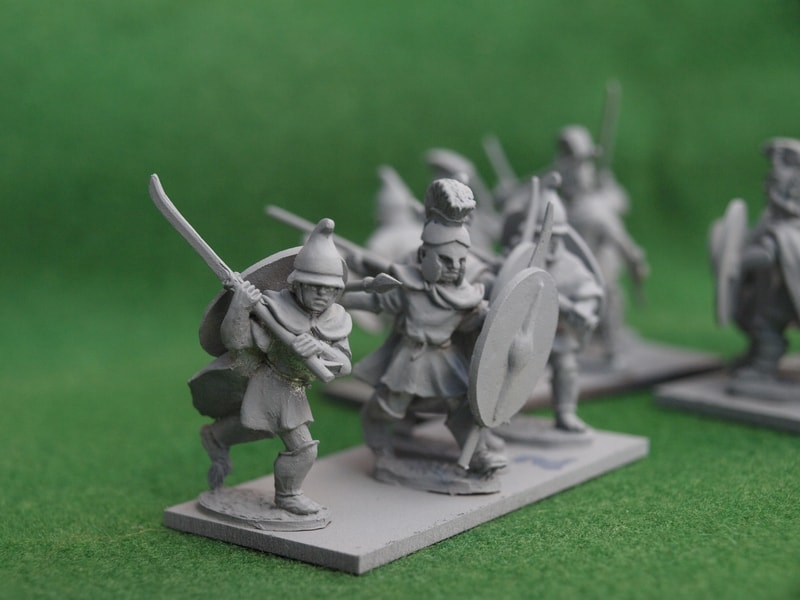